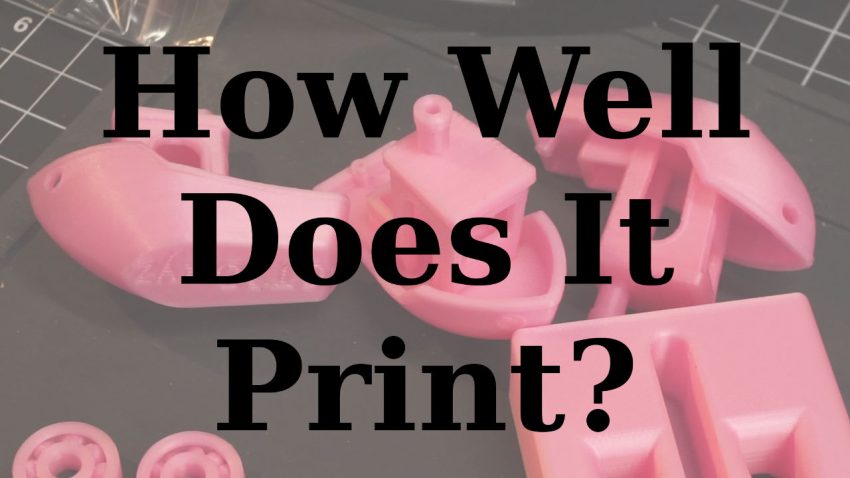 3 months ago I set out to buy the cheapest PLA filament on EBay and see if it was total garbage. And I’ve now printed off about two thirds of the spool.

What’s do the prints look like after printing out a pound and a half of plastic?

I don’t have any complaints about layer adhesion. The Pretty Pink PLA filament held together at either .2mm or .15mm layers without anything unduly snapping when a bit of pressure was applied.

Bridging quality was good with only a little bit of sag on the top of the Benchy arches. And increasingly tighter interior diameters of the screw holes in my print of an outlet faceplate were flawless.

You’ll notice some inconsistency on the smooth walls and corners on some of the prints. I attribute that to the printer’s currently shaky perch. It shouldn’t be there but the Prusa i3 Mk3 MMU 2.0 modification turned out to be far larger than the original 1.0 I had ordered. So it’ll have to be relocated to a larger, more stable bench.

Filament color while printing is consistent. Not as pearlescent a PLA filament as I had hoped. Although that’s not necessarily a bad thing.

And coloring was consistent throughout the prints without much variation in the spool. Two of the Benchy printouts are from opposite sides of the PLA filament and I can’t pick out a variation in color.