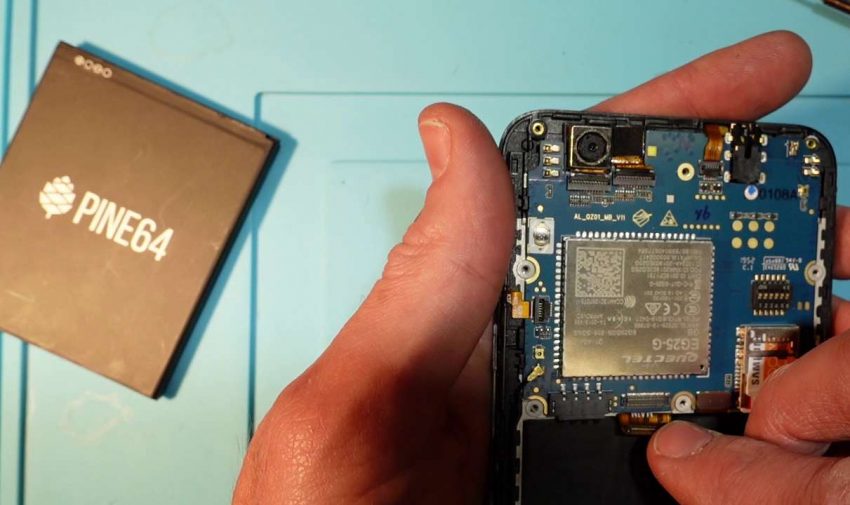 I’ve finally decided to pull my PinePhone Braveheart edition out of it’s box and plug it in. There’s a task for it; acting as an LTE hotspot through a USB tether for the network. That’ll plug into a tiny Atom based SFF computer running OpenWRT… but that’s a write-up for another day. On with fixing the PinePhone!

Which phones this will effect is entirely unclear. If you’ve got Mobian, Manjaro, or some other mobile Linux OS loaded up on your PinePhone, and USB-C devices aren’t working, then the ANX7688 firmware might be the culprit.

And cleaning loading the firmware in was the last thing I did in a series of changes. So some of those may be necessary as well. I’ll load up a default Mobian Bookworm (Debian) image and check when I’ve got this one backed up.

Which was another issue. The Mobian installer images weren’t working, for some reason, and I had to revert back to a earlier non-installer image (the first of 2022) then apt upgrade it. That did bring it up to the current release and worked.

To fix the USB Dock/USB Tether issue I needed to use the ANX7688  firmware found here. Installing it entails copy the firmware to /lib/firmware on the phone and triggering the flash with

I would only do that while it’s plugged in to mains and running stably. It may be possible to brick the phone if you, or the phone, does something unexpected. For more information refer to the code’s author at their website.

What you’re doing there, in case you’re curious, is updating the firmware of the ANX7688. The ANX7688 is a mobile HD chipset that also handles quite a few other things; you can find out more at Analogix’s website.

I’ll have more to write about fixing the PinePhone coming up. You’ll be able to follow along as I clean this platform up a bit and likely make a hash of it along the way!