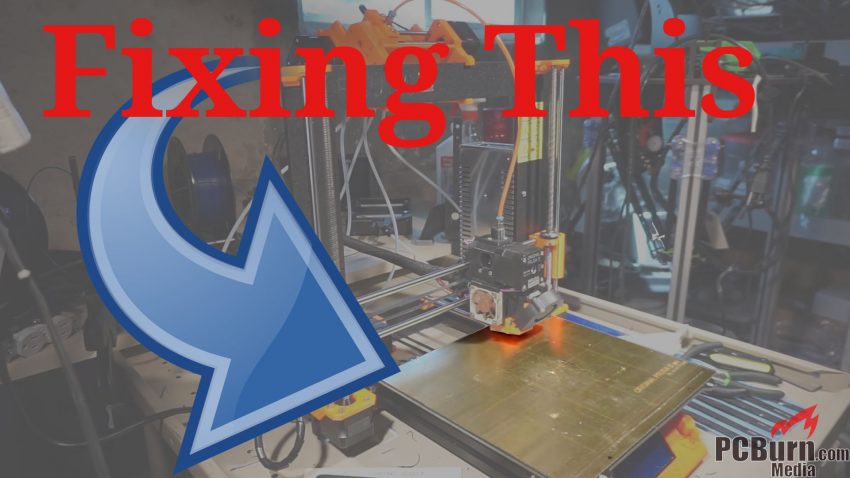 Recently the heated bed failed on my Prusa i3 Mk3 (from Prusa 3D). But on the up-side it wasn’t the bed itself, but the cables.

So I seized the opportunity to make a video of the troubleshooting process. There’ll also be a follow up video on what replaced the original cable.

The heat bed failure was surprising (to me) considering the age of the printer. I’ve only had it in use for a year and a half. Since I waited for the multi-material mod and having taken some months to build it.

Although this was one of the first Prusa i3 Mk3 printers to ship out. They may have received a revision to (at least partially) remedy the problem since.

What I find out isn’t too terribly surprising considering how it was built. The constant flexing of the heated print bed, even with the strain relief, caused the cables to flex and snap. Right before the point they’re soldered to the bed.

Apparently they’re still being whipped a bit in the cable enclosure where it attaches to the heated print bed. Each time the bed moves on the Y axis it flexes a little bit causing the copper to become brittle over time and snap.

In the next video I’ll go over what I replaced the cable with. I’d recommend following whatever guidance Prusa 3D has on the matter; it’s possible my own remedy isn’t good or wouldn’t be applicable to your device.

Remember: unless you know better always follow the manufacturers guidelines! Especially for any type of machine tools.