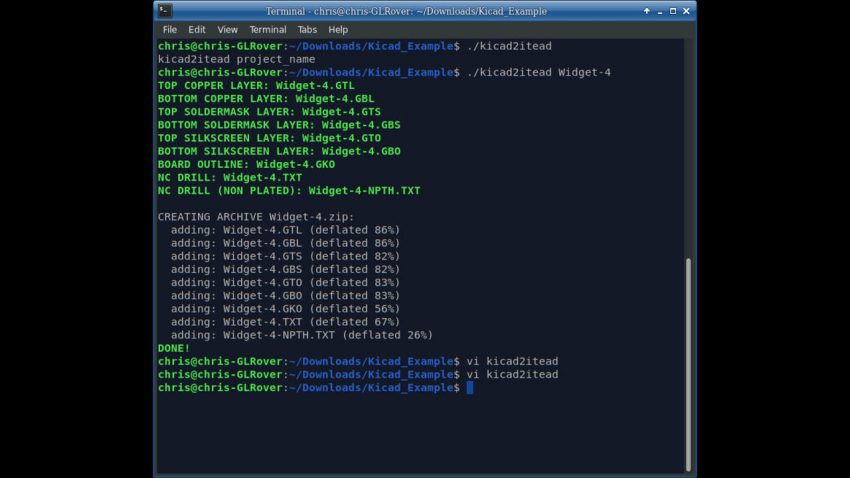 KiCad has changed the filename format used when creating Gerber output files. Due to this the original “kicad2itead” Kicad iTead Studio rename script no longer works as expected.

So if you’re looking to upload files to iTeadStudio (at https://itead.cc) from KiCad it should prove useful. Please check the contents of the README mirrored below for more details.

“kicad2itead” has been updated to work with KiCad output files in 2019. The naming conventions in KiCad have changed since the original script was created. It also creates a directory, “backup/” and makes a copy of your files before renaming if possible.

Note:
This script only works with two layer PCBs. If you would like to extend it’s functionality to encompass 4-layer boards add the corresponding fields to ORG_FILES, DST_FILES and DESCRIPTS variables. And submit that back to the repository!