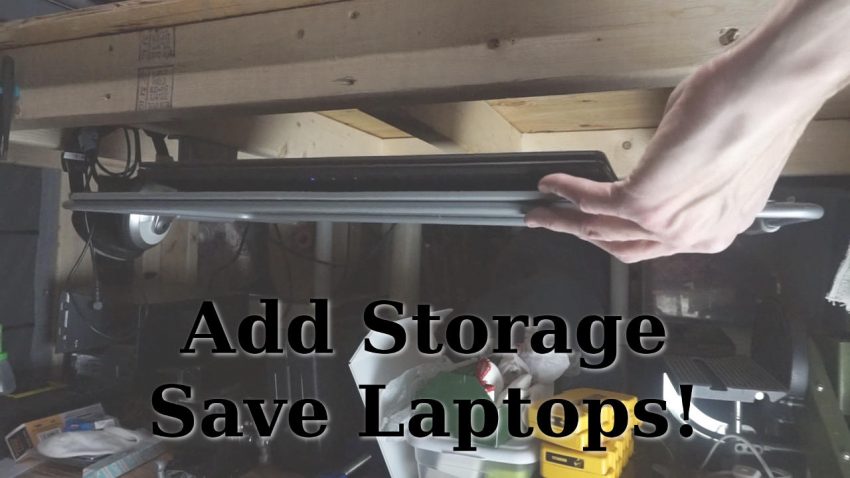 I’ve run out of workbench storage space for the last time! Today I’m taking a low cost Ikea sliding tray that was collecting dust and turning it into a workbench add-on.

Ikea doesn’t appear to carry the metal keyboard trays (at least not according to their website). Which is a shame. They were inexpensive and made out of a durable metal. And had a soft non-slip rubberized coating for the tray.

Installing the tray worked out well. And it fit in nicely with the table height. Unfortunately the one thing I hadn’t realized was that there should have been a two by four sistered up to each side. Instead of just to the right.

When it comes to workbench storage you can never have enough clever spaces to square away your tools. And on a modern workbench (or at least my modern workbench) a laptop is a must have item. Just not all the time.