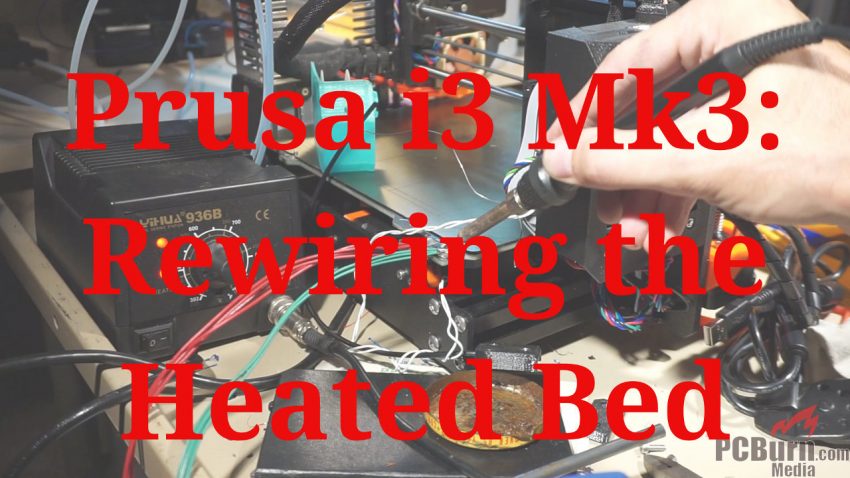 Having figured out where the heatbed failed on the Prusa i3 Mk3 printer it’s now time to re-wire it. Hopefully in an improved manner.

After tearing down the Prusa i3 Mk3 I found a broken connection in one of the wires running to the heatbed. Eventually.

Where the junction occurs on the heatbed there was quite a bit of flux of some sort. In addition corrosion appeared to have destroyed the wire in it’s jacket. That was down near the solder patch on the heated bed but up further on the wire.

I’m unsure if the heatbed failure is endemic or simply a problem specific to this printer. And the original wire appears to be un-tinned copper.

This was a fairly easy repair for the printer and I do like using it more than any of the other printers I work with. While the wiring failure was a bit unexpected given the hours of printing on the machine the Prusa’s still been a better experience over-all.

They do release updates for their current printers and make them available for free. Looking through the updates there have been significant changes to the heated bed connectors. Although I’m unsure that alone would have prevented the issue as seen on this printer.

So I do hope that Prusa changed the wires out for a more robust part. If not you may run into the same issue. In which case this post will continue to be useful! Good luck.